All My Life Film Review

All My Life Film Review 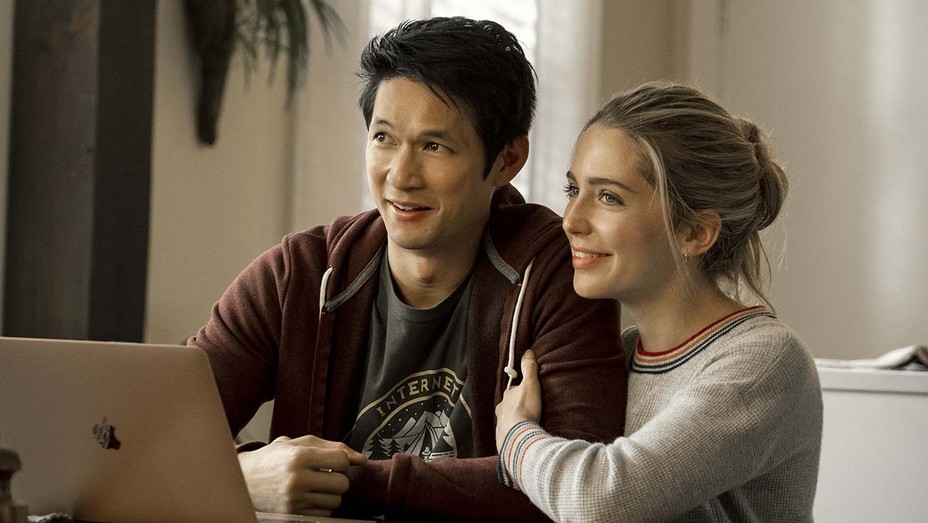 There are few film genres as manipulative as the “cancer romancer.” Unleashed on the world with 1970’s mega-smash Love Story, starring Ryan O’Neal and Ali MacGraw as a pair of star-crossed Harvardians whose nascent marriage is decimated by her terminal leukemia, this genre later flourished throughout the 2000s, with saccharine releases like Here on Earth, Sweet November, A Walk to Remember, P.S. I Love You, The Fault in Our Stars and Me and Earl and the Dying Girl. Boy meets girl. Boy and girl fall in love. Boy or girl (although usually it’s the girl, let’s be real) receives a shattering diagnosis and perishes. The remaining partner learns a tender lesson about seizing the day. Cue the waterworks.

As the product of a young and happy marriage cut short due to Hodgkin’s disease, which left my 28-year-old grandmother a widow with three children under the age of three after my grandfather passed away in his early 30s, I remain emotionally present in the traumatic intergenerational impact of early cancer deaths. Perhaps for that reason I bristle at the gauche exploitation of this particular type of tragedy for maximum heartstring-tugging: I am not convinced my grandmother’s suffering resulted in a hopeful moral.

All My Life, directed by Marc Meyers with all-too-neat sentimentality, carries even less tension, nuance or conflict than the previous films of its ilk. (And it’s cheap-looking to boot — I have no earthly idea how this humble little movie set mostly in apartments and urban landscapes cost a reported $25 million to produce.) Based on the real-life courtship between Jennifer Carter and Solomon Chau, who gained notoriety in 2015 after their friends set up a GoFundMe account to throw them a dream wedding when his cancer expenses threatened to postpone their nuptials indefinitely, the film acts as both loving tribute and oleaginous inspo-porn.

Although the on-screen Sol (Harry Shum Jr.) and Jennifer (Jessica Rothe) generally appeal as an amiable if nonspecific middle-class young couple, I had difficulty discerning what rendered this particular story worthy of cinematic treatment. If the hook is, indeed, the GoFundMe wedding extravaganza, Meyers and screenwriter Todd Rosenberg do little to accentuate the stakes of this fundraising campaign. Instead, Sol and Jennifer just happen to step into the pillowy cloud of vendor generosity time and time again throughout the wedding planning process.

A venue manager (Mario Cantone) squeezes them in with three weeks’ notice and insists the event is on the house. When Jennifer is finally ready to say yes to the dress, the shop owner assures her the gown will be covered at no cost to her. After Sol balks at a price tag in a menswear store, he gets a scolding. “You’re not paying for anything,” his friend (Jay Pharaoh) reminds him. “People donated to your wedding. You can’t just show up like some schlub in an ill-fitting suit. They’re gonna think you ripped them off, ya know?” They make it all look so simple, which is lovely for the characters but soporific for the rest of us.

At a brisk hour-and-a-half, All My Life sails through the couple’s day drinking meet-cute, Sol’s career shift from a digital marketer to a chef and his subsequent liver cancer diagnosis. Formless helpers flutter about, including character actress Ever Carradine (The Handmaid’s Tale) as a restaurateur who takes a chance on Sol and Broadway star Keala Settle (The Greatest Showman) as their local barista buddy, but no supporting player has enough material to do much of anything but blend into the schmaltzy slurry.

Glee‘s Shum is affable enough as the tragic hero (complete with flawless abs), but it’s Jessica Rothe, star of the cult hit Happy Death Day series, whose acting prowess is clearly beyond this level of lowest-common-denominator mawkishness. You believe her agony as a grieving bride, even while she’s forced to eke out preachy goop like, “The average person lives 27,375 days. That’s all we get, if we’re lucky. 27,375. […] A full life can’t be a series of forgotten days. If you’re not happy, change. Shift gears. Take a chance. Later is not guaranteed.” 525,600 minutes! 525,600 moments so dear! Oh wait, sorry. Wrong movie.

If you’re looking for feel-good heartbreak, I recommend the warm-blooded Netflix documentary A Secret Love, which chronicles the six-decade love story between two women who remained in the closet until only a few years ago. Instead of a pretend wedding in the face of death, we’re treated to a real-life one between two octogenarians who could no longer afford to hide their ardor. I’d rather be pummeled by romance than steeped in its ooze.